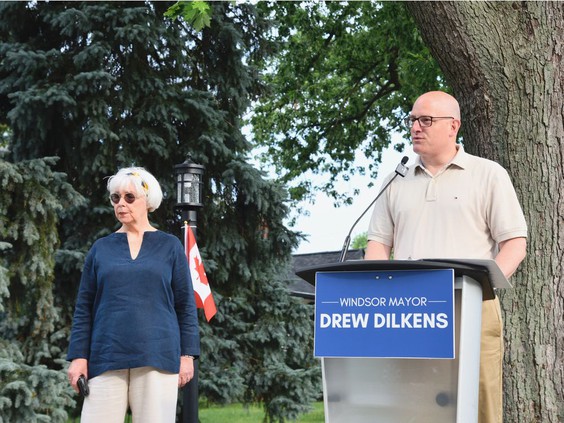 Windsor Mayor Drew Dilkens was joined by Ward 6 Coun. Jo-Anne Gignac in announcing $4 million in storm and sewer upgrades for Eastlawn Avenue on Thursday, Aug. 26, 2021. Gignac said the project would help bring peace of mind to residents who have suffered flooding in the neighbourhood over the years. PHOTO BY KATHLEEN SAYLORS /Windsor Star

A stretch of Eastlawn Avenue in the city’s Riverside neighbourhood will get $4 million in infrastructure upgrades in a bid to prevent flooding in the neighbourhood, hard-hit by storms in recent years.

“Significant rainfall events are expected to happen more frequently because of the effects of climate change,” Dilkens said. “That’s why Windsor city council has remained focused on strengthening our community’s resilience to these types of storm events and rising lake levels.”

I am so in favour of it, I’m very happy

The project, starting in early September and due to be complete by spring 2022, includes upgraded water, storm and sanitary sewers, street widening and sidewalk improvements on Eastlawn Avenue between Wyandotte Street East and Edgar Street.

But perhaps the most interesting pieces are two low-impact stormwater management tools that  divert stormwater towards strategically planted trees. 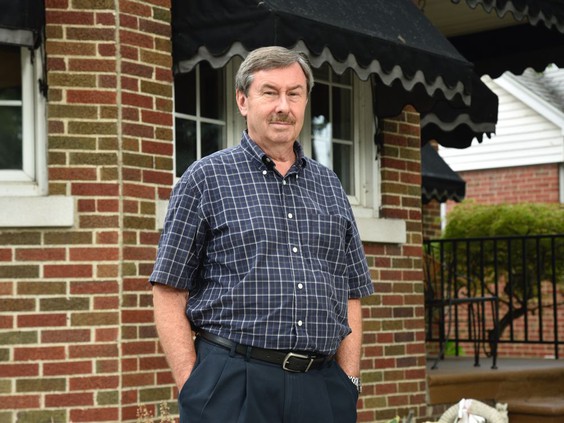 Dave Holland, a resident on Eastlawn Avenue, said he was thrilled by the announcement of $4 million in storm and sewer infrastructure upgrades for the road announced by the City of Windsor on Thursday, Aug. 26, 2021. Holland said he and wife Maureen experienced flooding in 2017 and since then have made a number of upgrades to protect against future flooding in their home. PHOTO BY KATHLEEN SAYLORS /Windsor Star

Called Silva Cells, they are essentially underground “cages” put around specific varieties of young trees to intercept storm runoff. The cells absorb the water for the tree’s use over time, keeping water out of the stormwater system.

“Sometimes the storms are exceptional, they’re beyond the designed capacity (of the storm sewers), so a Silva Cell can soak up the water through the trees that are planted,” said Andrew Dowie, city drainage superintendent. Two new trees will be planted in the neighbourhood for the Silva Cells, Dowie said.

The Silva Cells cost between $70,000 and $80,000 each and will be the first of their kind in Windsor. They will be tested for about two years to see if they can be implemented in other parts of the city.

Gignac said the project is important for residents who have experienced flooding in the area in recent years. 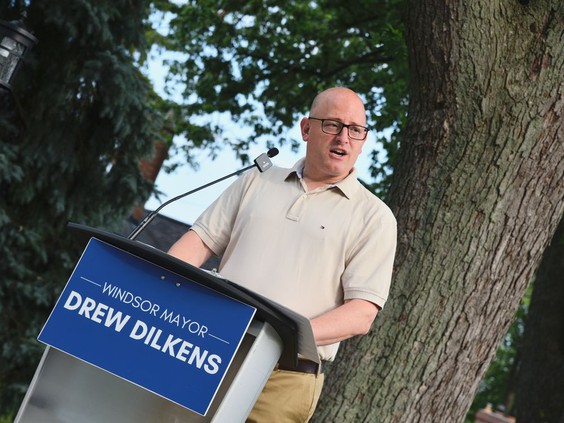 Windsor Mayor Drew Dilkens announced $4 million in sewer and stormwater infrastructure upgrades to a stretch of Eastlawn Avenue on Thursday, Aug. 26, 2021. Many homes in the neighbourhood were hit with flooding in 2016 and 2017. PHOTO BY KATHLEEN SAYLORS /Windsor Star

Dave and Maureen Holland, who hosted Thursday morning’s announcement, got several inches of water in their basement in 2017. Since then they’ve used city programs to install a backwater valve and sump pump, as well as completed their own upgrades. Thursday’s announcement was welcome news.

“I am so in favour of it, I’m very happy,” Dave Holland said. “Back in the day we used to go by streets and see construction and our comment was ‘Thank goodness that’s not us.’ These days we say, ‘Oh please, take us. We want this.’”

Over the next 10 years, city council has dedicated $1.6 billion to upgrade the city’s infrastructure, and developed a $5-billion sewer master plan they hope to implement with funding from provincial and federal governments.