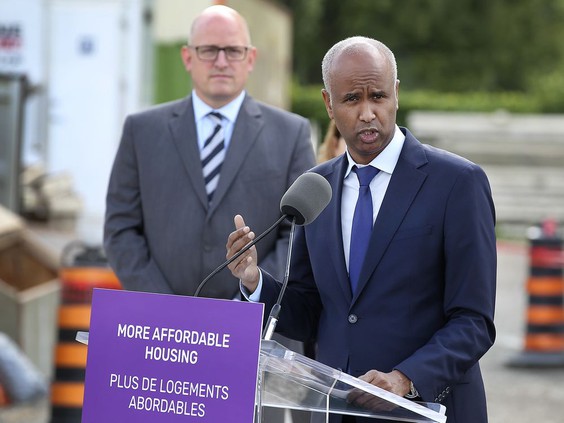 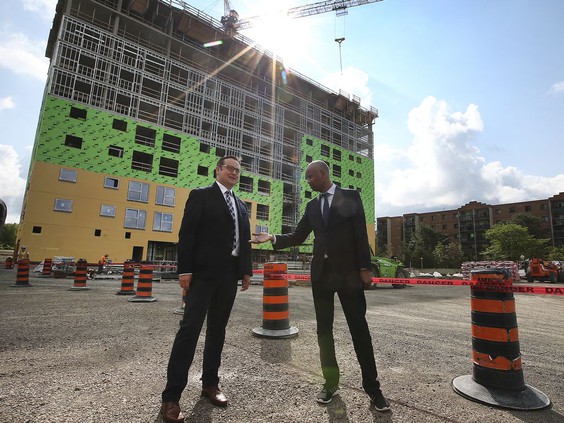 “We have a housing crisis in Windsor-Essex.” MP Irek Kusmierczyk (L — Windsor-Tecumseh), left, and federal Minister of Families, Children and Social Development Ahmed Hussen are shown at a news conference in Windsor on Friday, July 30, 2021. PHOTO BY DAN JANISSE /Windsor Star

“Let’s not mince words: We have a housing crisis in Windsor-Essex,” said Kusmierczyk.

The $9.3 million will fund at least 35 affordable housing units, city officials said. The money is coming from the city stream of the federal Rapid Housing Initiative, meaning all units will be built within a year.

Debbie Cercone, the city’s executive director for housing and children’s services, said officials hope to have project agreements signed this fall, which starts the clock on getting units built. They will be targeted to people in precarious housing and those at risk of homelessness, including people and families with disabilities and those fleeing domestic violence.

“As we have told Canadians to shelter in place to curb COVID, our homes have become places of sanctuary and refuge in these challenging times,” Hussen said. “But what if you don’t have a safe and affordable place to call home? How can you shelter in place?

“What we understand, even more than before because of COVID, is … housing matters for the economic and social well-being of Canadians.”

Cercone said the locations for the units are not yet finalized, but about 20 per cent of the units will be in the County of Essex while the rest will be built in the City of Windsor. All will be new builds.

Officials made Friday’s announcement at 3100 Meadowbrook Lane, where a 10-storey building, approved in 2018 and currently under construction, is Windsor’s first affordable public housing project in 30 years.

The funding joins about $90 million in other federal funding given to Windsor earlier this year that will be used to help renew and repair the city’s existing affordable housing stock of about 4,700 units.The renew-and-repair project will total about $170 million over almost eight years, and will touch each affordable housing unit under the portfolio of the Windsor Essex Community Housing Corp. 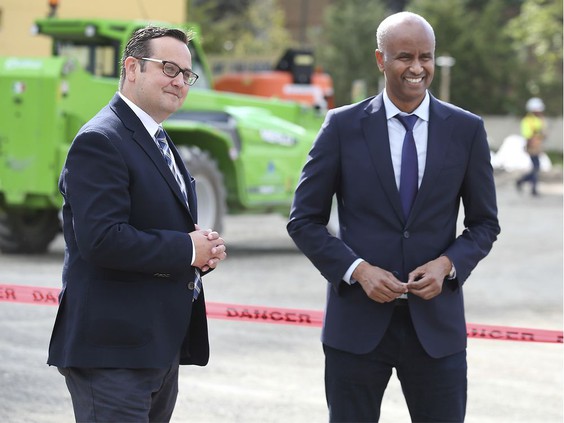 MP Irek Kusmierczyk (L — Windsor-Tecumseh), left, and Minister of Families, Children and Social Development Ahmed Hussen are all smiles during an announcement on Friday of new federal funding for affordable housing projects in Windsor. PHOTO BY DAN JANISSE /Windsor Star

The renew and repair project will address the accessibility of the units, as well as make them more energy efficient.

“We have people on a waiting list and that number is unacceptable to all of us,” Dilkens said. “With respect to this announcement today, $9.3 million, thank you, minister Hussen and thank you Irek for your strong advocacy to help make sure we could get this money into our community.

“It is an important project for the community.”